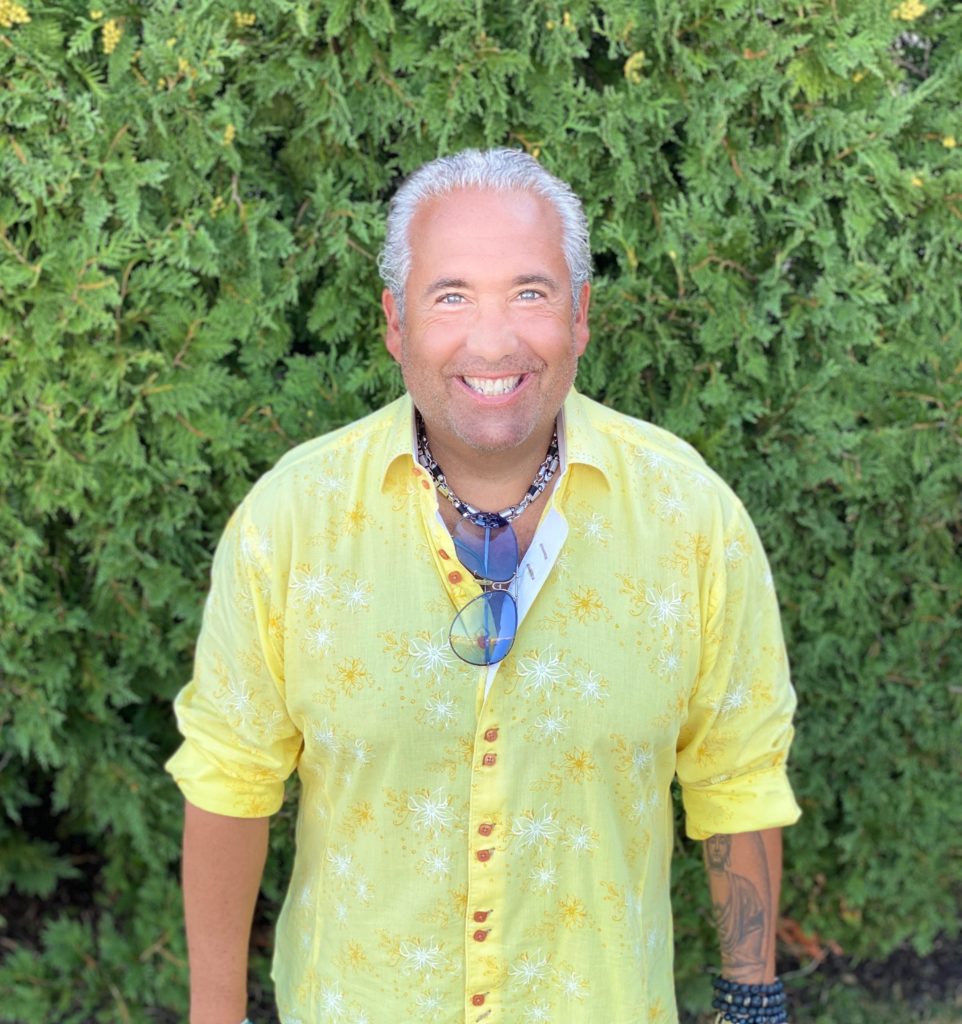 Adam believes the key to success is surrounding yourself with like-minded people, being fair to everyone around you, starting the workday before 8am and not attaching to outcomes.

Starting in 1987, after receiving his MBA from Hofstra University, driven by entrepreneurial determination and backed by his small savings, Adam canvassed the streets of Long Island in his dad’s very used car. Armed with his pad, pen, and a portable fan to keep the driver’s seat from falling backwards, he began building relationships with shopping center and commercial property owners to establish a diverse portfolio. In addition, he successfully developed a trusted network of qualified buyers that understood Adam’s strategies in the difficult market of the late 1980’s through early 1990’s. Fast forward 30 years and Adam and SIP has closed over 1,000 deals. including their most recent deals of Sunset Plaza in North Babylon for $63M and Mt Sinai Shopping Center for $29.75M.

From humble beginnings decades ago, SIP has become a thriving community with over 30 team members and a network of loyal and successful buyers and owners. Adam’s secret? He believes that there’s always more to someone than what’s on the surface. Adam has developed a business culture around the driving principles of hard work, fun, camaraderie and transparent client relationships. His unique approach to mentoring and promoting his team has proven successful in pulling their greatest qualities forward so they thrive. His greatest joy is watching his team prosper and grow.

Adam is married to his college sweetheart; Debi, and has four beautiful children and six dogs. Adam’s spare time is spent playing football, softball, golf and tennis, as well as contributing to the terminally ill in hospice, feeding the homeless in NYC, and helping out at a local soup kitchen. His confidence, sense of calm and ease comes from a quote he lives by: “If you knew who walked beside you at all times on this path you have chosen, you could never experience fear or doubt again” - Wayne Dyer Sharing the entrepreneurial drive and team culture that is the foundation of SIP, Anthony joined the team in 1999 right out of college. Anthony’s team specializes in retail investment sales which started solely on Long Island and has expanded into the NYC Boros then beyond to the Greater NY Metro area.

Over his 18-year career Anthony has helped Adam Silber build SIP from a 4 person boutique firm to the over 30 person & still growing establishment it has become.

Anthony's sales portfolio has included large anchored shopping centers such as “Port Plaza” in Port Jefferson & the “Lake Grove Shopping Center”, all types of “mom & pop” retail strip malls, and individual free-standing properties net-leased to national credit tenants including Starbucks, Bank of America, 7-Eleven, Dunkin' Donuts, Walgreens and CVS. He takes the same amount of pride in selling a $30m property as one worth $1m.

At an early age, Anthony learned what it takes to build a successful business and the attachment owners have to them, which gives him a personal perspective when working with his clients. Throughout high school and college, Anthony established a successful boat cleaning business and began his relationship building skills operating a launch at the Centerport Yacht Club.

Anthony is a graduate of Hofstra University and lives on the North Shore of Long Island with his wife and three children. As a family they enjoy boating, fishing, playing ice hockey, and paddle boarding. 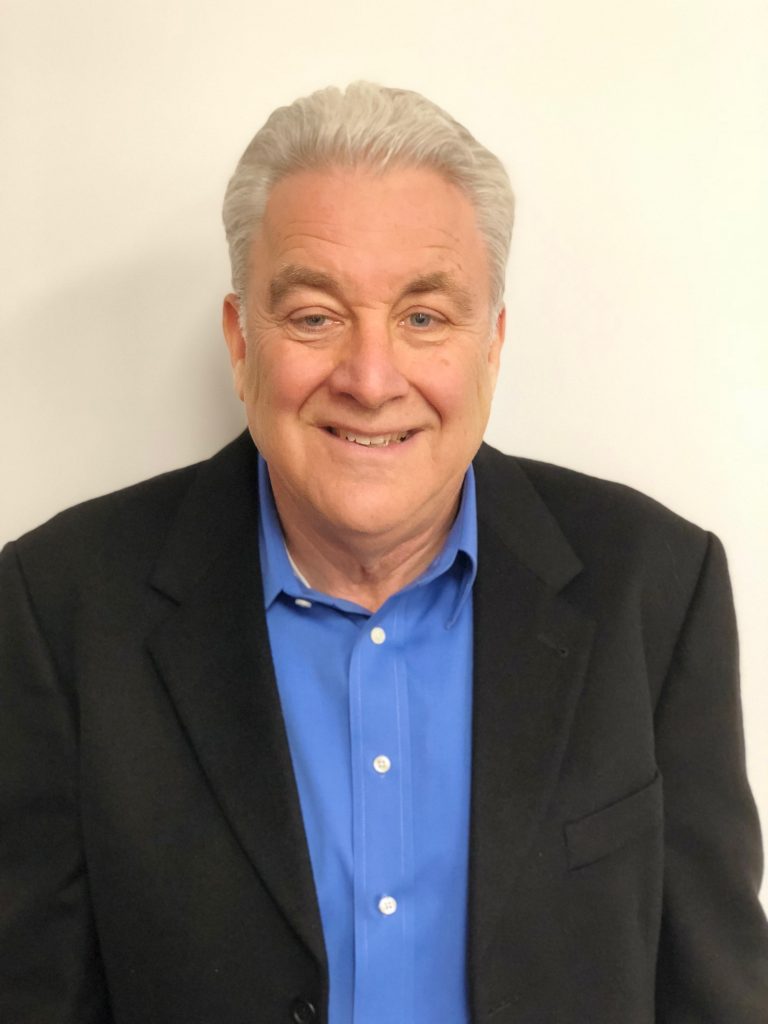 Marty has been with Silber Investment Properties for over 14 years. Throughout his tenure in the firm, he has contributed more than $200M in sales over 150 transactions. He has orchestrated deals from coast to coast including sites on Long Island, Michigan, and California with tenants ranging from grocery anchor strip malls to small box retail and pharmacies.

Prior to his career in real estate sales, Marty was instrumental in introducing some of the first information technology solutions and property management software to the market. Before that, Marty spent 20 years building, and ultimately selling, his family’s retail bakery business. Having been a small business and property owner, Marty has the personal experience to understand the perspective of the seller throughout the process of the transaction.

Marty enjoys playing golf and continues to tinker with computers and software systems. He and his wife live in Woodbury New York and love spending time with their two children, their spouses, and four grandchildren. 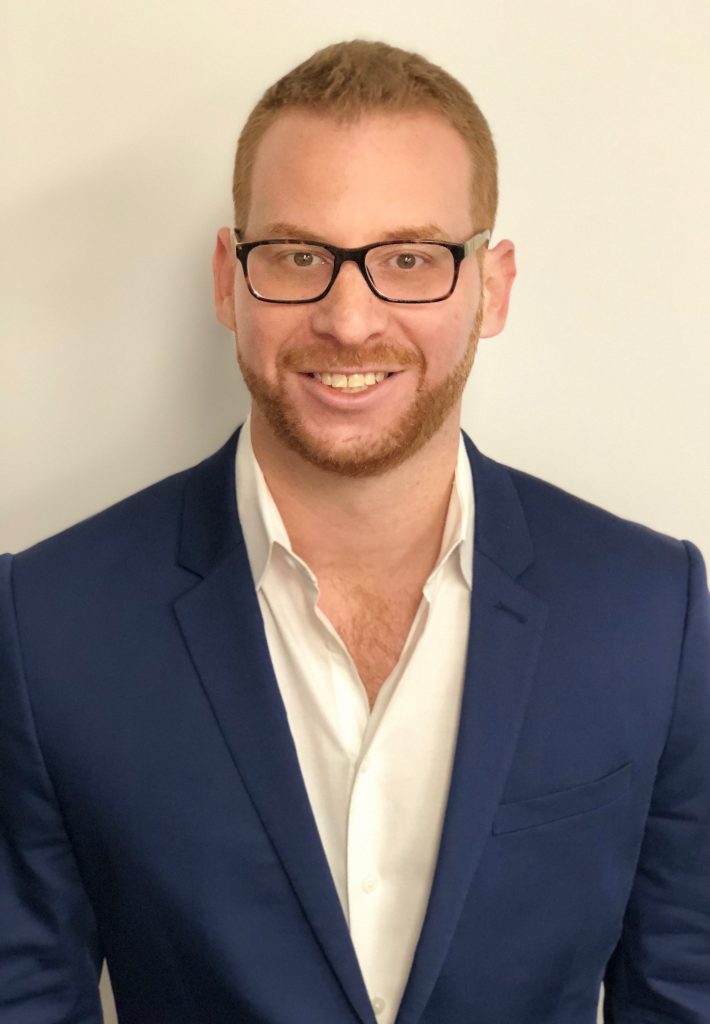 Prior to Stuart joining the SIP team in 2008, the firm was solely focused on Long Island commercial real estate sales primarily of shopping centers and strip malls. Noticing the market shift away from management intensive shopping centers and towards single tenant net leased properties, Stuart took it upon himself to expand the business by researching and building a database solely of net lease properties. After selling the first 7 Eleven in Florida, he expanded the outreach of Silber with the addition of Silber Investment Properties' National Net Leased Division and began focusing on out-of-state triple net (NNN) property transactions. Since its inception, the NNN Division has grown substantially, adding many more salespeople to the team, selling tens of dozens of deals every year, and is now leading the growth at SIP.

Since the foundation of the NNN Division, Stuart has formed crucial relationships with REITs, institutions, and private investors, and prides himself on having completed multiple transactions with most of his clients. Stuart and the team have engrossed themselves into the heart of the NNN market, understanding intricate lease abstraction, pro-forma underwriting, and market valuation. Implementing the valued approach of analyzing the nuances of every transaction through the eyes of both the buyer and the seller, rather than simply as a broker, gives them the unique ability to guide their clients to the best possible decision in every transaction. 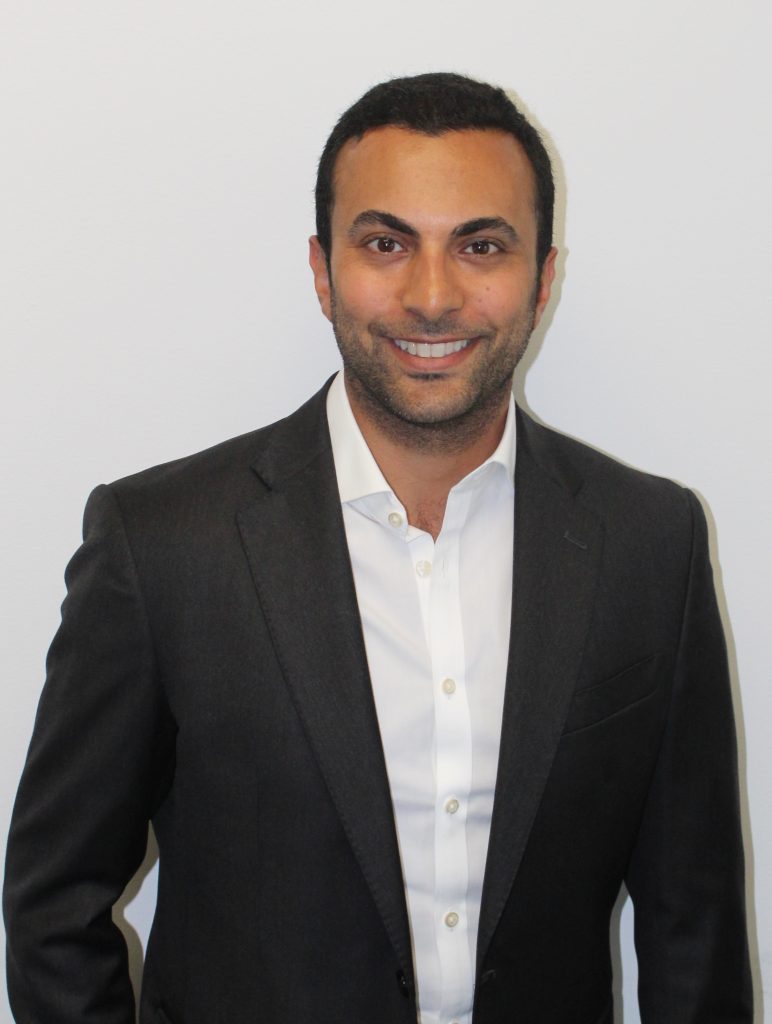 Aaron’s strong analytical ability for the entire transaction process has enabled him to underwrite and negotiate many complex transactions, propelling him to become Silber Properties’ top sales performer. "Aaron continues to be one of the hardest working people I’ve ever been around. He has an innate ability to "jump over" every obstacle that is put in front of him. He is a true deal maker," says Adam Silber.

Having started his real estate career in the heart of the Great Recession, Aaron was required to learn all facets of the industry including mergers and acquisitions, finance, management, leasing, and investment sales. His skillset has helped him facilitate the highest transaction volume year over year at Silber Properties, which has led to him to personally contribute to more than $500,000,000 in property sales over the past decade. His sales portfolio includes large anchored shopping centers, multi-tenant strip malls, apartment buildings, development projects, hotel/motel, as well as individual NNN properties.

Aaron graduated from Hofstra University on the Dean’s list with a Bachelor’s in Business Management and a minor in Marketing. He resides in Kings Point with his wife and daughter, and enjoys his summertime’s traveling throughout Europe with his family and friends. 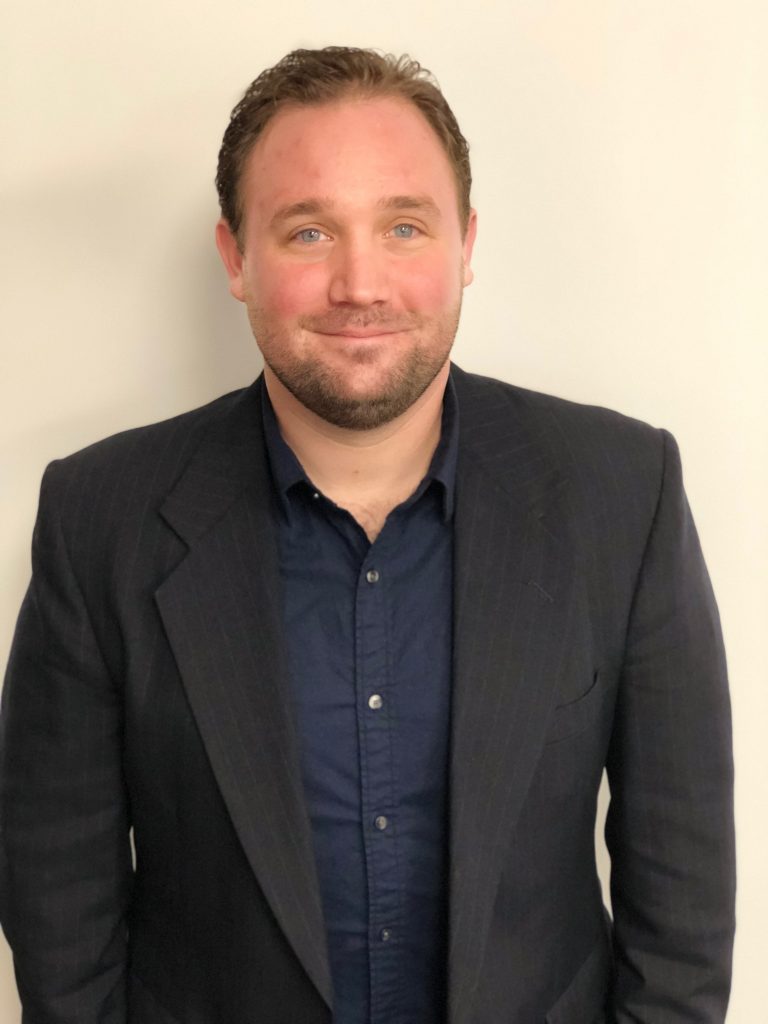 As VP of the National Net Leased Division at Silber Investment Properties, Sam and his team specialize in the sale of NNN properties with national brand tenants such as 7-Eleven, Walgreens, and Starbucks. His sales portfolio includes everything from new construction long term, low-cap rate, to short term, distressed location, higher cap rate properties.

Sam joined SIP in 2013 with a background in finance, mortgages, and the consumer loan industry. Sam prides himself on his ability to see the bigger picture on deals. He believes that through understanding the needs of all parties involved he can create ideal marriages between investors and properties. With his team, Sam believes he can bring every deal to full resolution. From the initial conversation about selling, to closing day of the purchase of a new property through process of 1031 exchange, Sam strives to make his clients comfortable that they are dealing with a capable “one-stop shop.”

Sam spends his downtime with his wife, son, and extended family on the East End of Long Island and is an avid New York sports fan; Jets, Knicks, and Yankees. 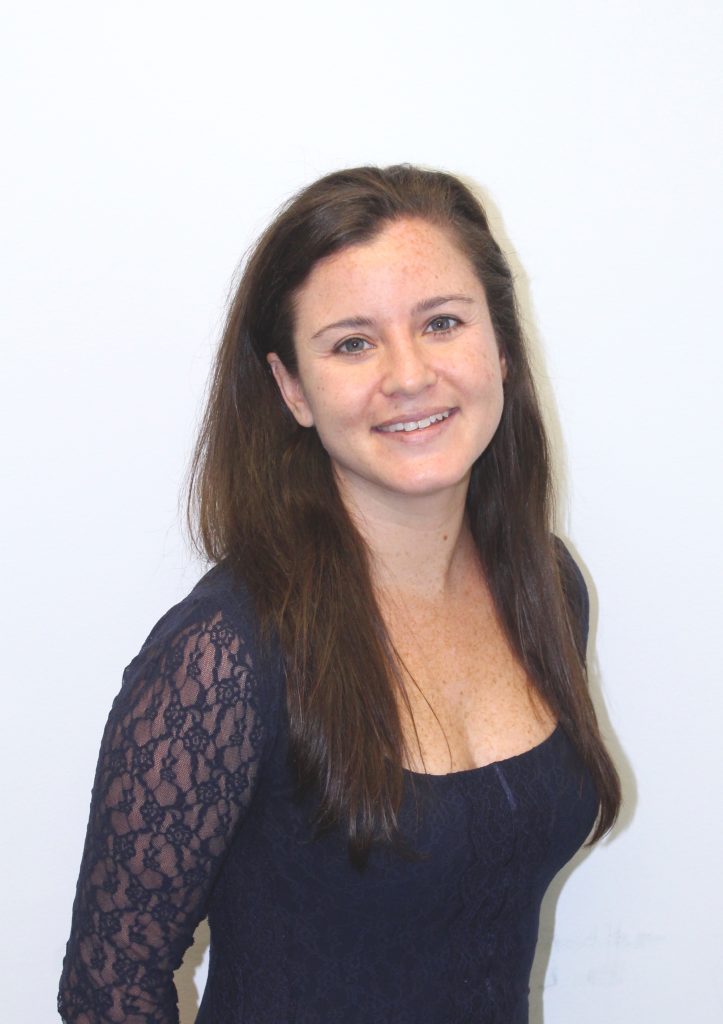 Amanda entered into the commercial real estate industry in 2006. While attending Hofstra University she worked at a small boutique firm before joining SIP in 2013.

Amanda very quickly gained momentum at SIP due to her extensive real estate background. She is driven, detail oriented, and passionate about her career. She knows what it takes to push deals across the finish line and will always go the extra mile.

Amanda handles transactions that range from small mixed-use properties to large shopping centers and NNN nationwide portfolios. Some of her transactions include a Brooklyn Portfolio of three retail strip centers with a purchase price of $11,800,000, a Dunkin and Burger King NNN building located in Piscataway, New Jersey with a purchase price of $3,675,000 and a strip center in Hempstead for $2,900,000 just to name a few.

Amanda resides in Plainview with her husband Matthew and son Maxwell. 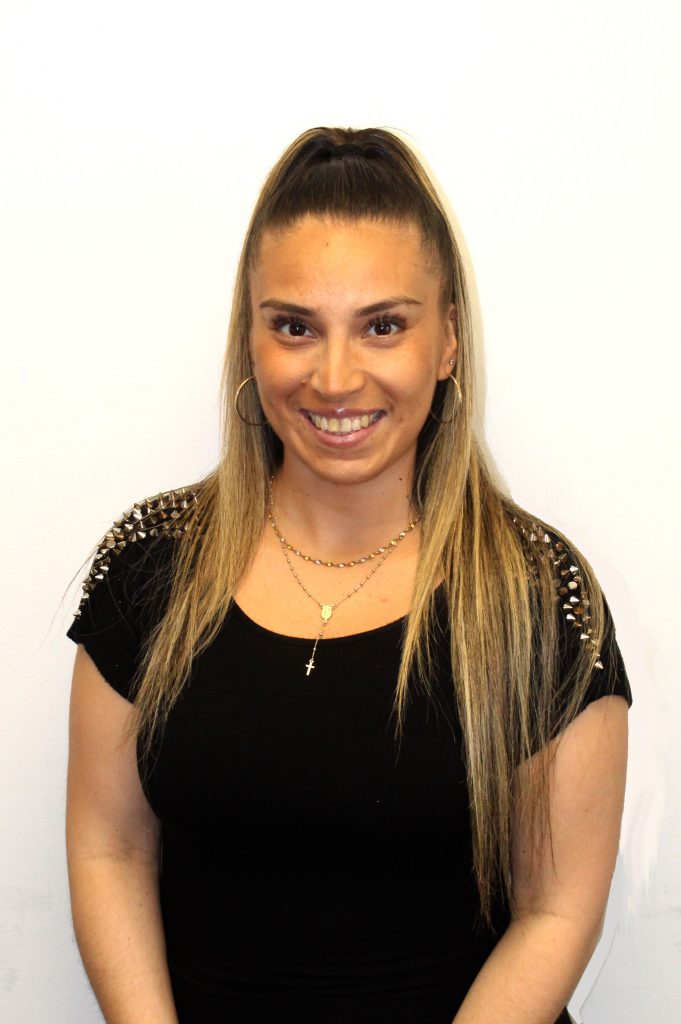 Johanna has been with Silber Investment Properties, LTD since 2004 and has been and integral part of the firms' growth from its' beginning. Johanna Gonzalez is currently the Executive Secretary and Research Team Manager at SIP; managing more than 20 staff that support all of the day-to-day activities of the firm.

Johanna is married and has 2 beautiful daughters 7 years old and 3 years old as well as a step-son 12 years old.

Prior to working at SIP Johanna worked at Our Holy Redeemer Church as a secretary, where she is sill an active member of the congregation. In Johannas's free time she enjoys kickboxing, spending time with her family and is the leader of Girl Scouts.

Silber Investment Properties (SIP) is a real estate brokerage company which is based on Long Island, New York and specializes in the acquisition and disposition of retail investment properties, ranging from a $63,000,000 grocery anchored shopping center, to a single tenant 7 Eleven. With over 30 years experience, having brokered over a thousand transactions, SIP has mastered “the art of the deal”, simplifying every transaction for both buyer and seller.  SIP continues to form and maintain close relationships with REITs, large corporations, family trusts, developers, and private investors.

Silber Investment Properties’ originally focused on the niche of Long Island and the NYC Metro Area which has allowed for its associates to dedicate themselves to gain intimate knowledge of the local market and the local players. Its devotion to client-driven service and regional market expertise allows them to hold a finger to the pulse of the New York retail market.

Since 2008, understanding the dramatic shift in the real estate market and the exponentially increasing demand for Triple-Net (NNN) Properties, SIP has widened its reach by adding a National Net Leased Division. Since that time, SIP has brokered hundreds of net leased properties across the country, from New York south to Florida and west to California.

Whether you are part of our team or one of our clients, you are part of our family. We believe that a successful business is built on more than a set of transactions, it is built on great relationships between all the people involved. Our team building approach is based on the guiding principles of hard work, fun, camaraderie and transparent client relationships. We work hard to ensure our clients share in this same experience. 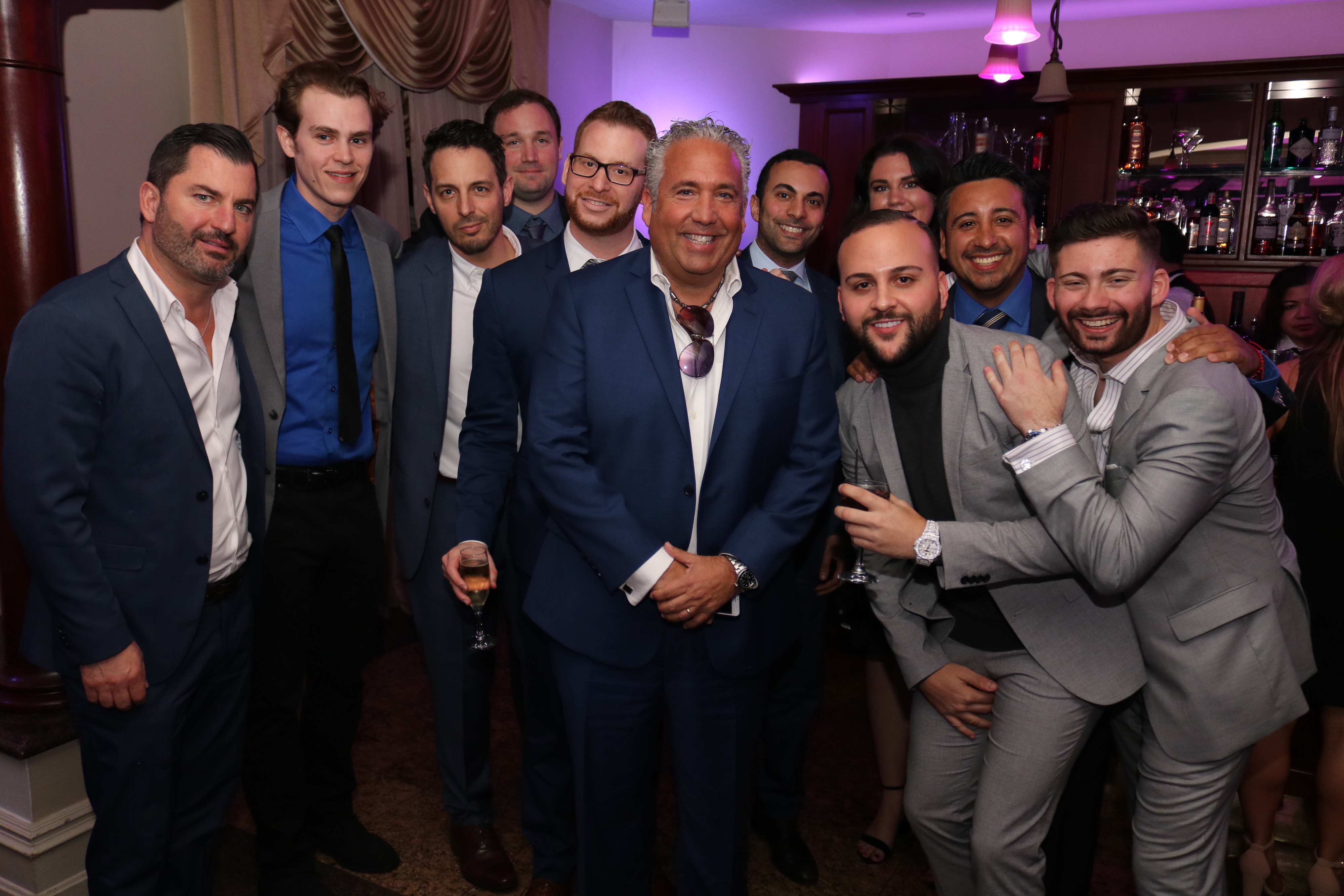 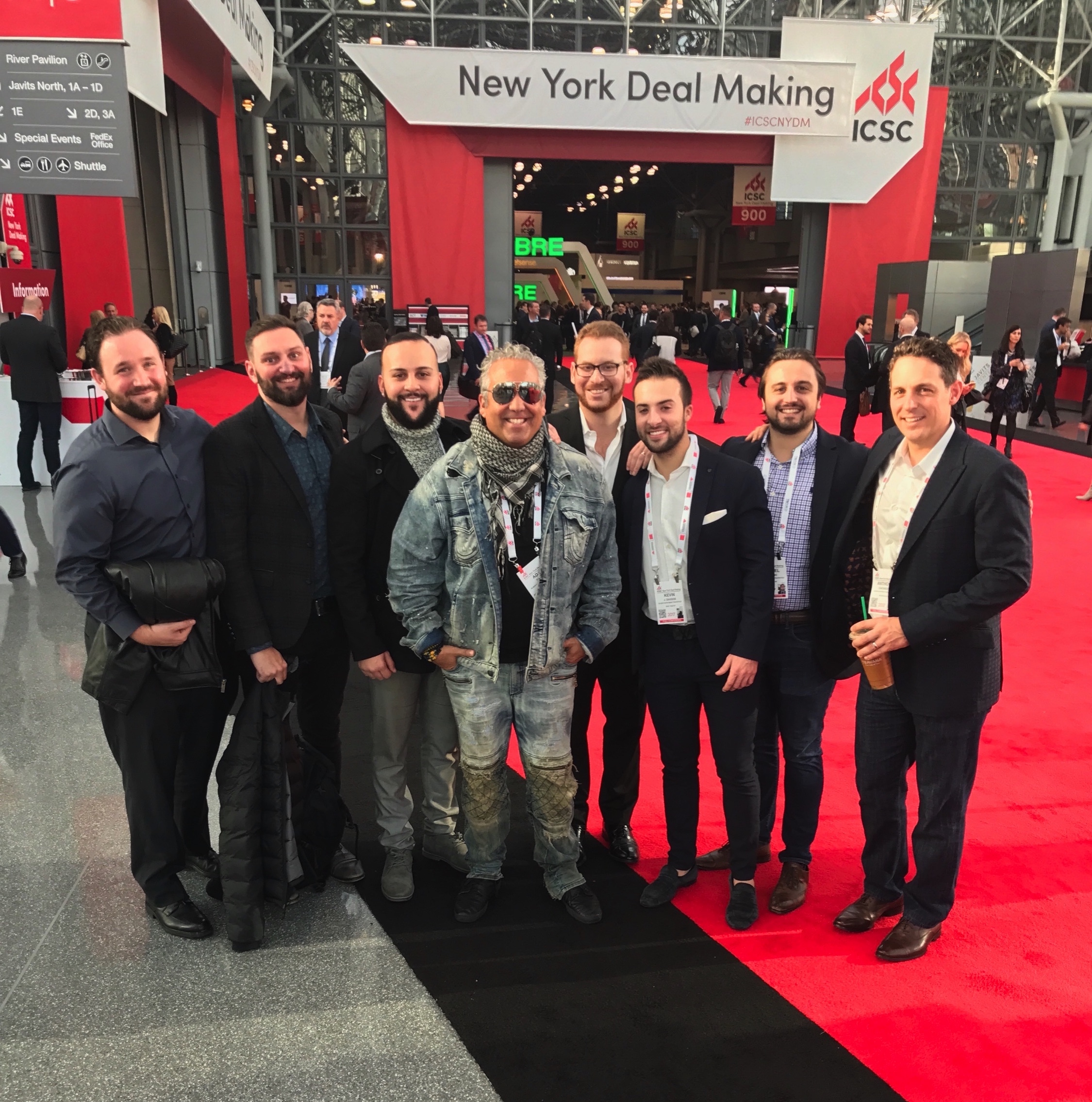 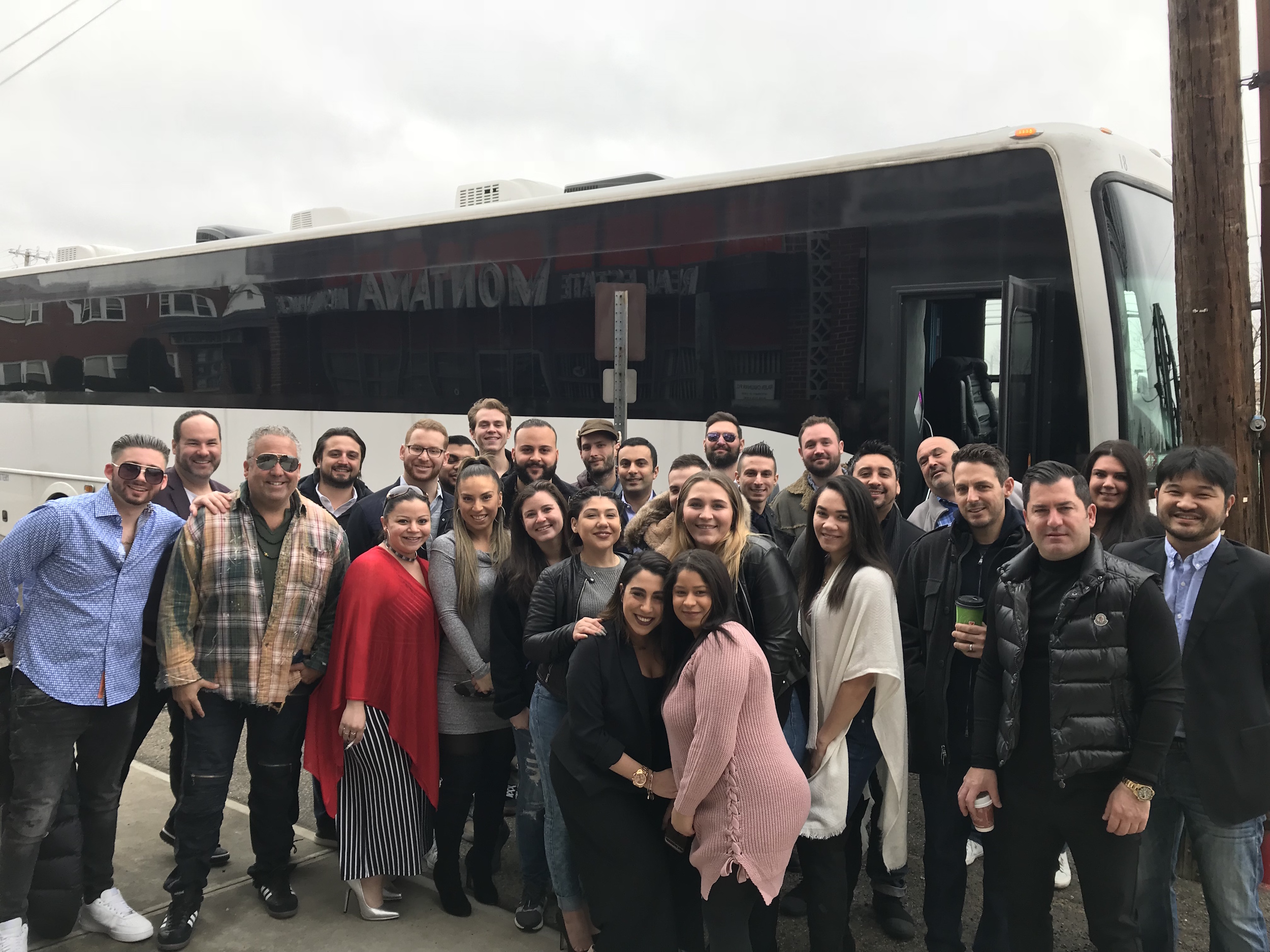 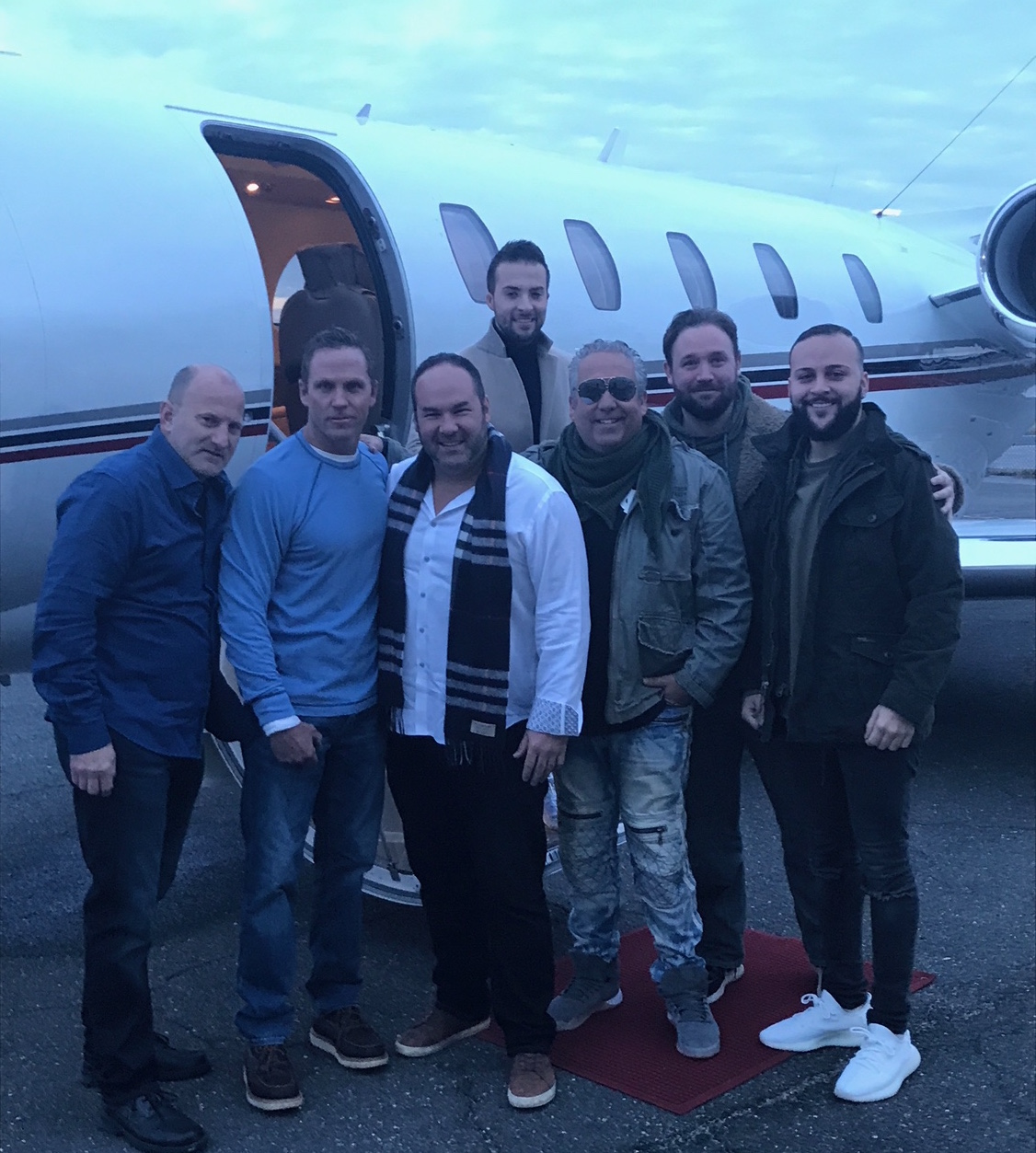 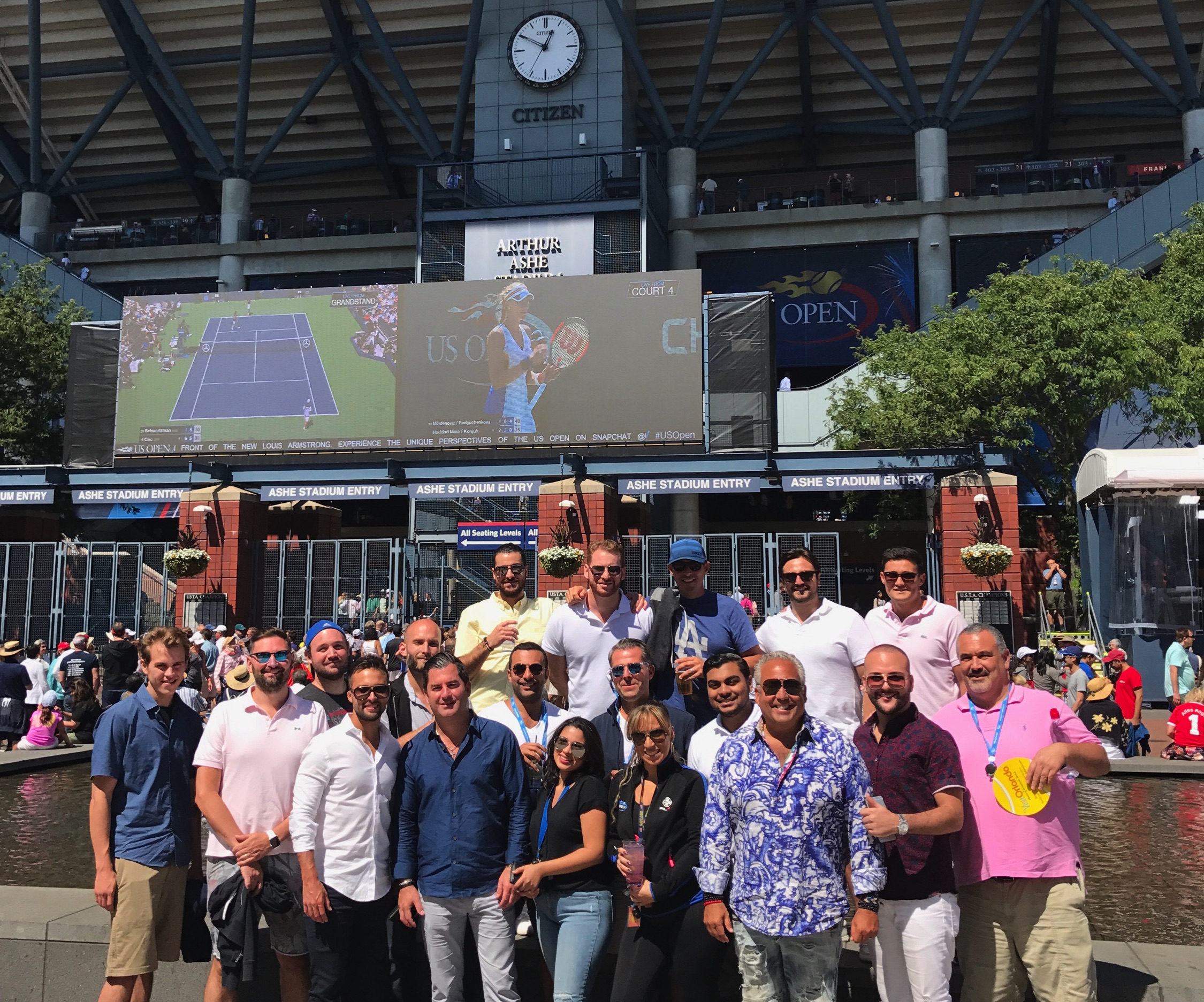 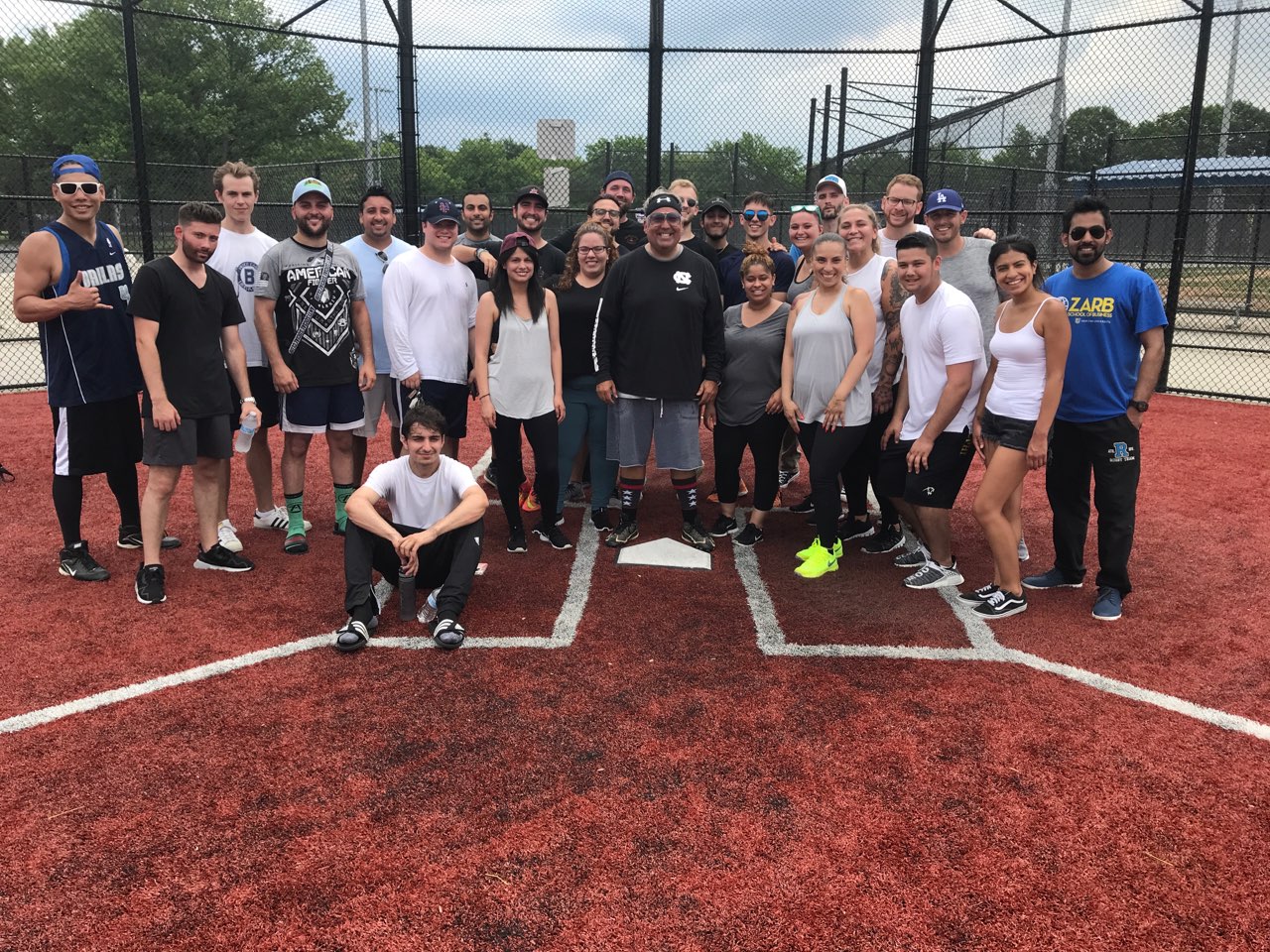